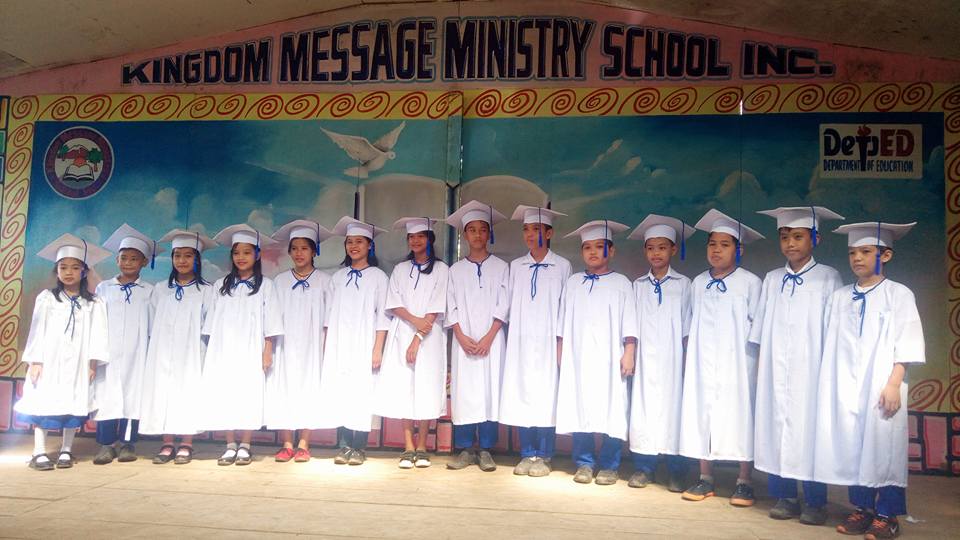 It is hard to believe that the school year 2016-2017 has already come to an end. It is even harder to believe that we have completed the 7th year of operating Kingdom Message Ministry School. Even though these numbers may not mean much to most people, they are very significant to us. Concluding the 7th year brings with it our first graduates! How is this possible? In order to understand this, we need to share with you more about the Philippine education system.

Prior to 2011, the number of years of formal schooling in the Philippines used to be one of the shortest in the world (only Angola and Djibouti shared the 10-year basic-education structure). The educational ladder had a 6+4 structure, (i.e., six years of elementary education and four years of secondary education). However, major educational reforms have been implemented to lengthen formal schooling to 12 years on a 6+4+2 structure. A year of kindergarten has also been added, with children beginning their formal education at the age of 5 (versus 7 previously) starting with the academic year 2011-2012. [Note: Philippine private schools, including KMMS, have operated a seven-year curriculum starting a year earlier than public schools.] The extra two years in the 12-year basic education program have been added at the senior high school level, which is an entirely new tier of the education system designed to better prepare students for higher studies or the job market.[1]

With KMM School completing the 7th year of its operation, our first Kindergarteners turned into our first elementary education Graduates. We are very blessed to see these children succeed and are looking forward to awarding the Certificate of Graduation to their younger friends in the years to come. 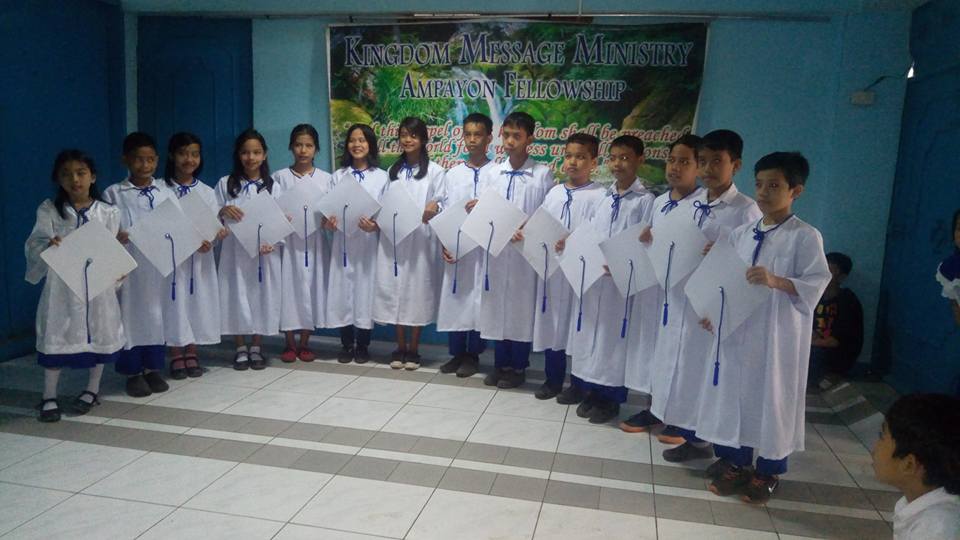 Your gift can give her a new start. END_OF_DOCUMENT_TOKEN_TO_BE_REPLACED